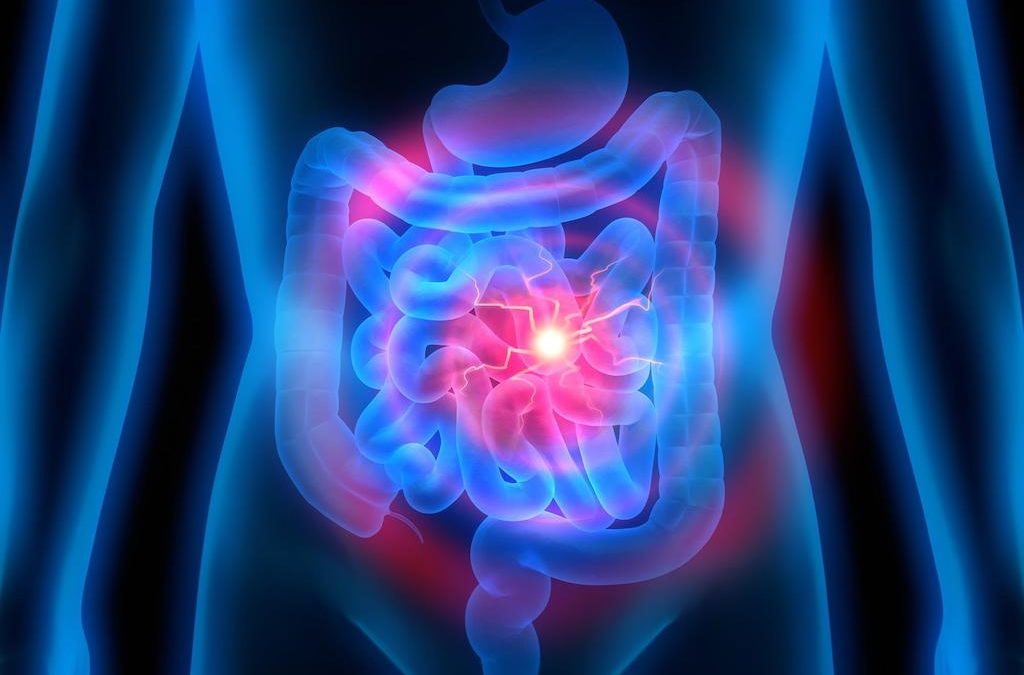 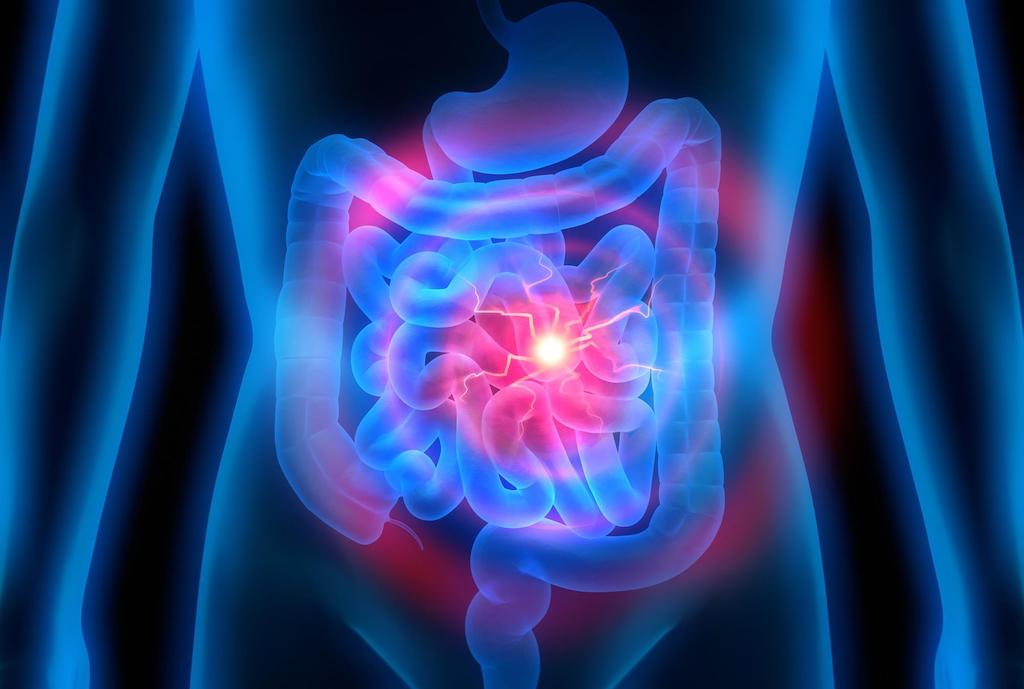 IBD is a common and annoying condition: can medical cannabis in Australia help?

Inflammatory Bowel Disease (IBD) is an umbrella term used to describe conditions of chronic inflammation of the bowels, the most common presentations being Ulcerative Colitis and Crohn’s Disease, both considered autoimmune disorders.

Autoimmune disorders comprise of misguided attacks from the immune system, and in the case of IBDs, this is largely directed at the gastrointestinal tract (GIT) and its microbial environment.

IBDs are not yet fully understood: contributing factors include genetics, immune system dysfunction and an extensive list of environmental factors. Comorbid disorders including diabetes, MTHFR gene mutation, and cardiovascular disease, as well as lifestyle choices (diet, smoking, alcohol, etc.), can strongly impact the severity of symptoms.

In Australia 1 in every 250 people experience an IBD, the wide variety of symptoms often makes the conditions difficult to manage. Below is a list of common symptoms of both of the main IBDs. What differentiates the two conditions is their location: Ulcerative Colitis is generally limited to the colon (large intestine) and Crohn’s can affect any region of the GIT.

These are complex conditions which can go on to affect other body systems if left untreated, some patients may moderately experience many symptoms, while others experience fewer symptoms in the extreme.

The latter two biologic treatments block proteins and certain functions of white blood cells that interrupt inflammatory pathways. Unlike other oral medications, these types of therapies are best administered intravenously and may not provide improvement for certain individuals.

Adverse effects of conventional treatments may lead to increased susceptibility to infection, suppression of bone marrow generation and function, and liver damage/dysfunction. With regards to the liver, deviations from liver homeostasis can have drastic and systemic implications.

Some patients choose a holistic approach, making dietary and lifestyle changes instead of conventional drug therapies, or in conjunction with them. However, to achieve therapeutic action, pretty drastic modifications to diet and lifestyle must be accommodated for, which can be difficult for many individuals to maintain in the long term.

Pre-clinical research provides a foundation for targeting the endocannabinoid system

Analysis of the ECS in rodent models with induced IBD shows an increase in ECS receptors, as well as levels of the endocannabinoid, anandamide. This study applied three different treatments to rodents and biopsies of human colon tissue. Conclusions drawn from this research suggest that increase of anandamide under IBD conditions could be used as a strategic starting point to limit inflammation in the colon.

Anandamide has also been shown to stimulate, modest, though clinically significant effects on wound healing in intestines. Cannabinoid receptor 1 is suspected to modulate this vulnerary action, which is particularly relevant to sufferers of Ulcerative Colitis, where intestinal wound healing is impaired.

The role of the Entourage Effect in IBD

Animal research has thus far shown us that THC and CBD have varying success in treating IBD. Positive impacts have been dose-dependent, additionally, the entourage effect is thought to play a big role here, with isolated cannabinoids in many cases being less effective than whole plant formulations.

Animal studies provide a clear example of the entourage effect being extremely relevant to treating IBD, yet varied results show us there is still a long way to go before the relationship between phytocannabinoids, the ECS, and the gut are fully understood.

Can CBD oil help as anti-inflammatory?

In biopsies of human colon tissue from subjects in remission from Ulcerative colitis, as well as subjects with the active diseases showed CBD oil was an effective anti-inflammatory agent on both tissue samples, indicating CBD oil’s potential as a treatment and possible preventative therapeutic.

While there were limitations in the methods of delivery and quantity of subjects, this study also showed other promising effects of medical cannabis including reduction of steroid dependency (in 3 subjects) and widespread reports on improved appetite and sleep.

There have been a number of other investigations conducted on small patient groups and in observational studies, whilst complete remission was not always achieved, positive results in patients’ quality of life and severity of symptoms bolster calls for further medical cannabis research with varied titrations of cannabinoids such as THC or CBD and alternative delivery mechanisms.

The University of Sydney’s Lambert Initiative for Cannabinoid Therapeutics has recently published two surveys on inflammatory bowel disease (IBD) and medical cannabis. They highlight patient and gastroenterological specialist perspectives on the efficacy of medicinal cannabis for IBD.

The message from the surveyed patient population was positive, with 97% of past and current medicinal cannabis users (N=212) reporting that cannabis helps them manage their symptoms, predominantly abdominal pain, stress, sleep, cramping and anxiety. While legal routes are available in Australia, only 3/212 patients reported accessing their cannabis this way, with the rest citing illegal routes (recreational dealer, family or friend) as their primary mode of accessing medicinal cannabis.

The gastroenterological specialist survey confirmed patients are discussing their use of medicinal cannabis with their specialists, with over one third of clinicians aware that their patients are using medicinal cannabis as part of their treatment regimen. However, only a subset of these clinicians supported (21%), or expressed a desire to prescribe (28%), medicinal cannabis for their patients’ IBD. This appeared to come down to poor knowledge of access pathways, consistent with patients using mostly illicit products; and uncertain evidence of efficacy, consistent with the paucity of evidence from human trials.

It is however promising that over half of the surveyed clinicians would encourage their patients to participate in future clinical trials of medicinal cannabis for IBD, particularly as Australian medical authorities predict an increase in patient demand for medical cannabis.

Quality research into IBD and the ECS sorely needed

The list of studies on the effects and relevance of phyto- and endocannabinoids to the GIT is extensive. Calls for N=1 trials in support of, and addition to, the gold standard of randomised placebo-controlled trials are called for throughout the research and patient communities.

As it stands, there is enough preliminary evidence to justify further investigation into the direct influence of the ECS on IBDs, with human research of a high quality sorely needed.

Long term, a better understanding and characterisation of GIT etiology will help educate and direct treatment pathways. As the globe shifts towards an era of personalised medicine and as cannabis therapeutics become more widely accepted, sufferers of Inflammatory Bowel Diseases can expect an increase in the availability of medical cannabis treatment options. 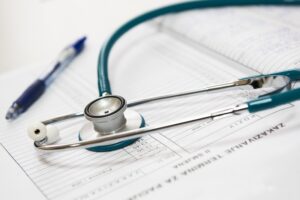