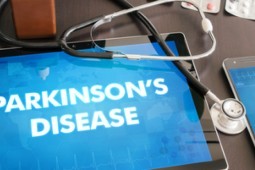 Parkinson’s Disease varies greatly in how it affects people. Some people might suffer an annoying tremor and loss of expression in the face, but are comfortable on their medication and most would not notice their symptoms. Many enjoy an active lifestyle and have a normal life-expectancy.

Others may be devastatingly affected in the mid- or late-stage of the disease, suffering paralysis, loss of dignity with impaired bladder and bowel function or losing their sense of self in psychosis, depression or chronic cognitive impairment. Can medicinal cannabis help people with Parkinson’s? On the basis of scientific evidence, we don’t really know yet. But some studies show it may be worth a try.

A survey of neurologists in the US found that they considered that medicinal cannabis may benefit their Parkinson’s patients troubled by loss of weight and appetite, pain, nausea and anxiety. We are still learning about cannabis-based pain relief and many Parkinson’s patients report good individual results.

Individual case studies do not convince doctors, but many of us are open to learning more and to discussing our patients’ experiences. Parkinson’s Disease is a very individual disease in the ways it affects people. And medical cannabis is also very individual in the way people respond to it.

There is a distinction made by doctors between the early stages of Parkinson’s, which may last for a decade or more, and late stage Parkinson’s Disease. In the early stage of disease, the aim of treatment is to maintain and increase freedom of movement.

The slowness of Parkinson’s Disease

Parkinson’s patients talk about being ‘on’ when they have plenty of dopamine (from their medication) and can move freely and being ‘off’ or ‘frozen’ when they apparently have inadequate dopamine and their ability to move is diminished. A kind of paralysis sets in. Difficulty getting started walking, for example, is common. The slowness of Parkinson’s Disease is called bradykinesia or hypokinesia.

At the other extreme are uncontrollable jerking movements called dyskinesia, which happen when there is too much dopamine in too short a time. Dyskinesia (or hyperkinesia) is a potential unwanted effect of Parkinson’s disease medications.

Getting the dosage and timing for taking Parkinson’s meds just right takes time and patience. Sometimes patients need a hospital admission to have their medications changed.

Medical marijuana is a different medicine

This delicacy of the neurotransmitter balance makes doctors cautious about medical marijuana. A factor in this may be that almost all of our medical education about cannabis was about abuse of recreational marijuana by adolescents. Medical cannabis is a different medicine—it contains only the cannabinoids, the ‘active ingredients’ of marijuana. And, of course, Parkinson’s patients are a different population. The average age of onset of Parkinson’s is 60.

In the later stages of Parkinson’s, patients need support for other symptoms which can dominate their lives and cause great disability: pain, paralysis, bowel problems, mental health problems, weight loss and so on.

The miracle drug for Parkinson’s patients

Levo-dopa (usually used in combination with Carvidopa) has been the miracle drug for Parkinson’s patients.  Levo-dopa acts as a pre-cursor for dopamine in the brain. For some patients, it increases their fluidity of movement and allows them to move unselfish-consciously. For others, levo-dopa is the medicine that makes any movement at all possible. They become frozen without it.

Unfortunately, there is a limit to how long levo-dopa works—the brain loses its capacity over time to store and use dopamine that comes from it.  There are unwanted effects from using it in large doses after many years.

Partly for these reasons, medical marijuana must never be used as a replacement for dopaminergic or other Parkinson’s meds.

So what can medicinal cannabis do for Parkinson’s patients?

Medicinal cannabis, for example Sativex, has been shown to help with the neuropathic (nerve) pain and spasticity (muscle rigidity) of multiple sclerosis (MS).

While many people enjoy the feeling of elation marijuana gives, it can also cause paranoia, irritability and a feeling of disconnection from reality. People with late stage Parkinson’s Disease are often cognitively impaired, so these effects could be bad. THC combined with CBD oil in medicinal cannabis may be the solution.

What do we know about Parkinson’s Disease specifically?

Most studies have been done on animals, and results are variable. Studies of people with Parkinson’s Disease using medical marijuana have been small.

There are other problems in the studies: e.g. using different medications under the name of medical marijuana and looking for different outcomes. Patients in one study smoked a joint, for example, which had no effect on their tremor. Other patients answered a survey about the effects of their marijuana, reporting significant relief of symptoms. Very few studies have been done which qualify as ‘gold standard’ — double-blind, placebo-controlled, randomised studies.

Research into the Medicinal Cannabis benefits

Research into the benefits or otherwise of medicinal marijuana for people with Parkinson’s Disease is in its early stages. Given that there is no cure for Parkinson’s Disease and that the disease is potentially devastating, it may be worth considering. Discuss it with your doctor. Medicinal cannabis oil is generally well-tolerated. If it doesn’t work for you, it is unlikely to cause significant harm. In consultation with a medical marijuana clinic, you and your cannabis treatment team might decide to give it a try.