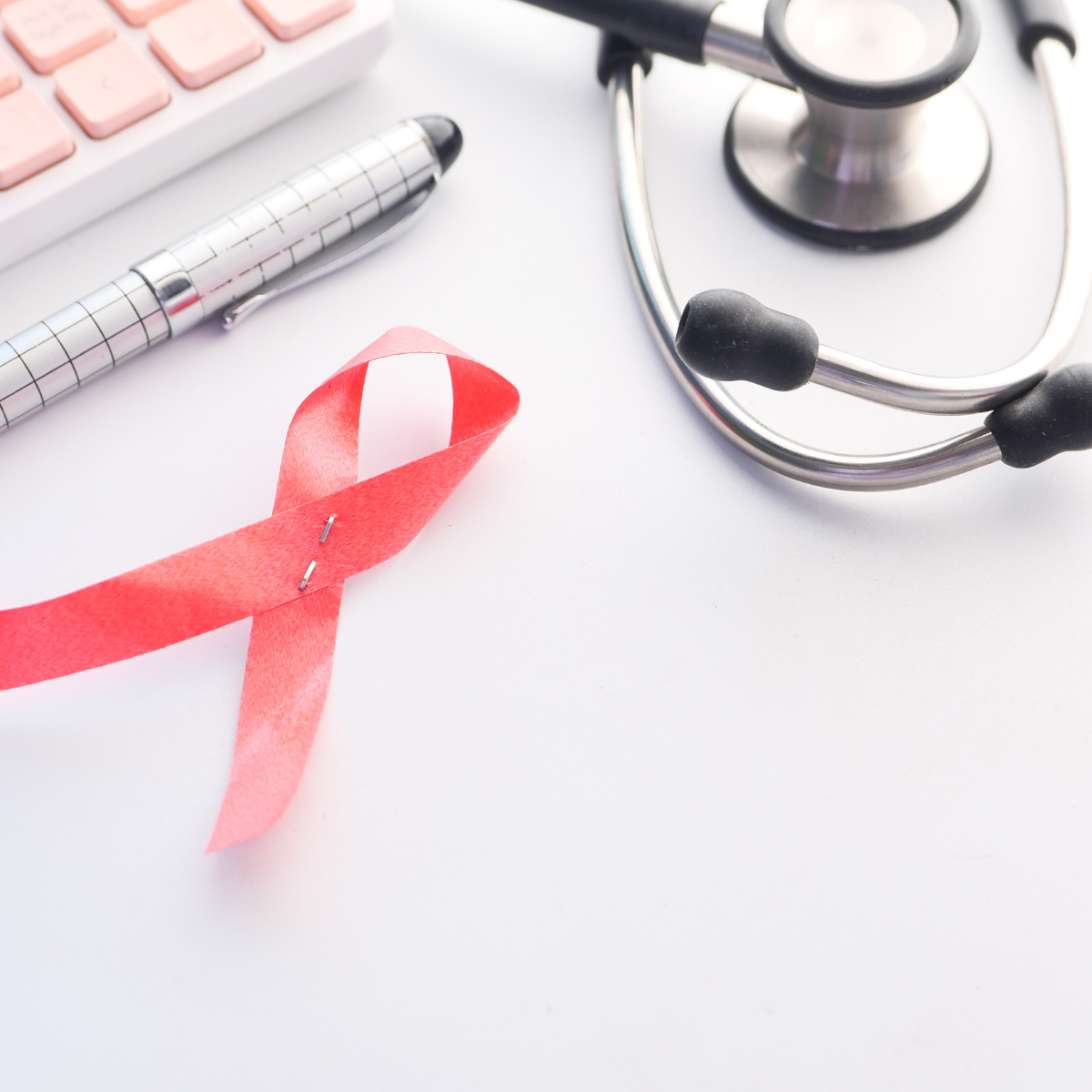 Cannabis has been utilised by people with HIV since the initial spread of the virus in the 1980s, and although there was little scientific evidence at that time, patients shared anecdotes amongst each other about its ability to reduce symptoms of HIV.

The Basics of HIV and AIDS

Human immunodeficiency virus (HIV) is an infection that attacks the immune system inhibiting T-cells that fight off invading pathogens, making the body susceptible to infections.

HIV is the virus that causes AIDS, or Acquired Immunodeficiency Syndrome. AIDS is the most advanced stage of HIV where the body can no longer defend itself from all kinds of viruses, parasites and bacterial infections that we encounter every day.

The initial stages of HIV infection can present like a common cold or virus, with symptoms such as chills, fever, muscle aches, sore throat, swollen lymph nodes or digestive disturbances.

For some people symptoms are often mild enough that they might not seek out treatment, for others the onset of HIV can be totally asymptomatic – even though the virus is rapidly taking up residence in the body.

As the disease progresses to AIDS and the defences of the immune system are critically impaired, symptoms become more persistent; where fatigue, fever, diarrhoea, chronic pain, loss of appetite and weight are commonplace.

Current treatments for HIV are able to slow the progression of the disease, elongate quality of life and reduce symptoms, allowing many people to live full and healthy lives. Without adequate treatment though, people with HIV are at a higher risk for developing neuropathy, certain cancers, fungal, bacterial and viral infections – all of which can quickly become life-threatening.

Fortunately, medical cannabis has established a scientific foundation for helping treat many of the symptoms associated with HIV including loss of appetite, pain and wasting syndrome, also known as cachexia.

Antiretroviral medications used to treat HIV can cause side effects such as nausea and insomnia. In these areas, medical cannabis also has a role to play.

In a recent Australian study of chemotherapy patients, 25% taking medical cannabis experienced no nausea or vomiting compared to only 14% in the placebo group. Those in the medical cannabis group also showed improvements in quality of life, mental health and pain scores.

In the instance of HIV, similar to cancer treatment, the negative effects of the disease or treatment can be wide-ranging, making even moderate improvements in nausea, mood or quality of life greatly meaningful to the everyday experience of individuals facing these health challenges.

Lately, Australia has been a hotbed for research into medical cannabis with another freshly released study from the University of Western Australia’s Centre for Sleep Science supporting the use of cannabinoids for insomnia.

Sleep is a highly underrated aspect of our lives and is super important for the immune system. Insomnia or chronic sleep disturbances can further lower the function of immune systems in HIV carriers.

With its long anecdotal history of helping with sleep disorders and recent clinical trials backing up personal stories, medical cannabis can be a viable option for insomnia in people with HIV, helping their immune system by supporting healthy sleep patterns.

Stress, sleep and the immune system are intimately linked. Research shows HIV medications work more effectively when the person is getting adequate rest and is not overly stressed.

Again in this area, medical cannabis research is catching up to what people with HIV and other demographics have reported for decades.

CBD oil in particular is a rising star in terms of managing stress and anxiety. Brain imaging of people with social anxiety disorder shows that CBD influences areas of the brain that control reactivity to stressful stimuli and emotional regulation.

Much like sleep, stress, anxiety or depression can negatively impact the immune system’s ability to fight off pathogens. So by supporting mental health concerns with medicinal cannabinoids or CBD, cannabis treatments could go a long way in reducing mental stress that is involved with living with HIV.

Neuropathy, or nerve pain, is caused by damage to the nerve cells. This can result in pain, tingling, burning or itching sensations anywhere in the body, but often in the hands, legs and feet.

In HIV patients, chronic pain or neuropathic pain can be caused by secondary infections, HIV medications or other conditions that are brought on by HIV such as diabetes, all of which can deteriorate the nerve fibres.

Both key cannabinoids, THC and CBD, have been researched for treating cancer pain, neuropathic pain and other types of chronic pain.

Early studies showed inhaled cannabis reduced neuropathic pain by an average of 34% in HIV carriers. While this might not seem like a huge difference, when treating chronic pain reducing pain by one-third makes a huge difference to patients lives and is significant from a clinical perspective.

For HIV-related chronic pain, medical cannabis may have an opioid-sparing effect. Data from the US indicates HIV patients who use cannabis for pain have a lower frequency of opioid prescriptions.

A long term side effect of HIV and antiretroviral medications is the loss or redistribution of fat, also known as lipodystrophy. Patients can experience considerable weight loss or find that fat tissue in the face and arms is lost, while weight is gained around the midsection.

Medical cannabis acts on the endocannabinoid system to regulate appetite hormones, regulate healthy digestion and enhance the brain’s reward system that supports the enjoyment of food.

Some of the most substantial data we have on medical cannabis for HIV is for weight loss or cachexia. Across numerous studies, synthetic THC has been shown to improve appetite, body mass and energy in people living with HIV.

Can medical cannabis be taken with HIV medication?

There are mixed findings on how medical cannabis affects HIV medications. Some studies report synthetic cannabinoids exert no change in antiretroviral medication efficacy. Others show medical cannabis positively impacts T-cell activation and inflammatory markers that are involved in HIV progression.

Cannabis medicines are metabolised in the liver by the same enzymes that break down environmental toxins, food and pharmaceutical drugs – including HIV medications. So it is highly important that HIV carriers are guided and monitored by a medical cannabis physician to ensure their safety and the efficacy of the treatment.

The wrap-up: HIV and medicinal cannabis

All in all, the data we have so far tells us that medical cannabis is well tolerated by HIV carriers and may be effective in maintaining body mass, supporting appetite as well as enhancing sleep quality and mood.

There are some indications that cannabinoid medicines may directly impact immune and inflammatory markers that perpetuate the disease and worsen symptoms.

CA Clinics doctors are well versed in the most up-to-date research for medical cannabis and HIV. If you know someone living with HIV and who might benefit from medical cannabis to reduce symptoms of HIV or side effects of medications, reach out to our team at CA Clinics.

Our experienced physicians can work collaboratively with your medical team to see if medicinal cannabis might be of benefit. Contact us at [email protected] if you’d like more information, or register here. 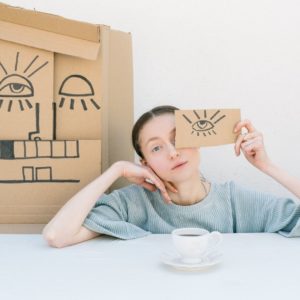 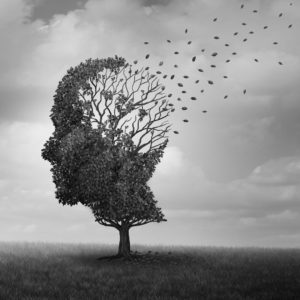