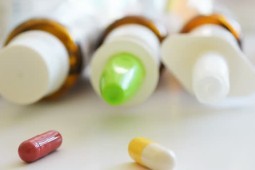 Medicinal cannabis is extremely versatile. It can be smoked, vaporised, orally ingested, taken oro-mucosally, rectally and as a topical cream or lotion. Each route does not result in equivalent bioavailability and hence the route of administration can be an important factor in treatment choice.

Smoking cannabis is the most common means of cannabis consumption, especially amongst recreational users. It results in a fast onset of action and a shorter duration of effect. Although a rapid onset of action can be beneficial, smoking cannabis is not advised due to the toxic by-products such as carbon monoxide, polycyclic aromatic hydrocarbons and tar that may cause irritation to the lungs.

Vaporising: or “vaping” as it is often called, involves heating the cannabis to release the active ingredients into a vapor that is then inhaled. Since the cannabis is not burned, the toxic by-products generated by smoking are not produced. Although vaping has a similar profile to smoking, ie. rapid onset of action and shorter duration, it is favoured over smoking for this reason.

Oral ingestion (cbd oil, capsules) and oromucosal delivery (Sativex buccal spray) of medicinal cannabis result in a slower onset and longer duration of action. The bioavailability of ingested cannabis can be reduced due to degradation in the stomach and metabolism by the liver (termed first pass metabolism). Oromucosal delivery via the cheeks, gums or floor of mouth allows for rapid systemic absorption and less first pass metabolism when compared to oral ingestion. Despite this, some portion of Sativex spray is usually swallowed, and similar cannabinoid blood levels are reported for both routes of administration (1, 2). Both of these routes are relatively reliable delivery systems for medicinal cannabis and are amenable to self-titration.

Rectal administration of the pro-drug THC-hemmisuccinate results in superior bioavailability than oral ingestion due to higher absorption and lower first pass metabolism. Suppository preparations of medicinal cannabis therefore represent an effective means of dose delivery and will be particularly important for patients who cannot take medication orally.

Topical/Transdermal cannabis formulations have also been developed and represent an effective and easy way to deliver medicinal cannabis to patients. This route also avoids first pass metabolism and allows areas of inflammation or pain to be specifically targeted. Zynerba Pharmaceutical’s recent phase 2 trials using a topical CBD gel for seizures and osteoarthritis did not meet their primary outcomes, however, the gel was found to be safe and well tolerated. Further study is needed in this area to validate the clinical use of topical cannabis preparations.

The CA Clinics products catalogue (accessible to Healthcare professionals only via login) contains a range of products with different administration routes that have been approved for import into Australia.