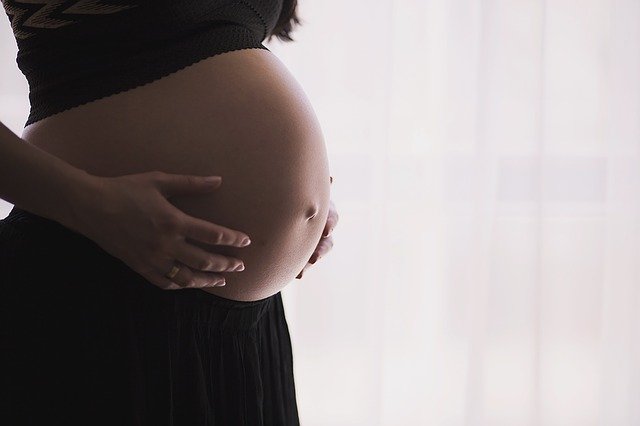 Cannabis and Pregnancy: what do we know?

Medicinal cannabis use during pregnancy is an edgy topic for both practitioners and patients to address. As medical cannabis prescriptions increase in Australia and around the globe, the necessity to have a deeper understanding of the impact of cannabinoids on fertility, pregnancy and postnatal health is of supreme importance.

Prevalence of medicinal cannabis use in Australian pregnant women

Cannabis is the most frequently used illicit drug in Australia. According to the National Drug Survey conducted in 2016, approximately 10% of women of reproductive age had ingested cannabis in the previous 12 months.

The University of Adelaide recently published a study of over 5500 women across Australia, New Zealand and the United Kingdom. 5.6% (n=314) of women ingested cannabis before or during pregnancy according to results. Of those 314 individuals, 31% ceased before becoming pregnant, 50% stopped cannabis use before the 15-week mark and 19% continued past 15-weeks gestation.

This data indicates how widespread cannabis use is before and during pregnancy. As the prevalence of both medicinal cannabis and adult use increases, the need for quality and relevant research into the impact of cannabinoids on fertility, pregnancy and the child is desperately required if we are to understand how these commonly consumed compounds are impacting a significant number of individuals across our population.

Health risks associated with tobacco smoking and alcohol intake during pregnancy include a higher chance of; miscarriage, preterm delivery, placenta problems, low birth weight and birth defects. Data suggests that of women using recreational cannabis during pregnancy, approximately 65% concurrently smoked tobacco and 85% drank alcohol, with 29% having more than one drink per day.

While there are clear risks and uncertainty in relation to cannabis use during pregnancy, this data shows the significant crossover with recreational cannabis use to other behaviours that are known to negatively impact the growing child.

This highlights the need to critically evaluate evidence surrounding the direct effect of cannabinoids on pregnancy, and whether medicinal cannabis specifically has any negative impact on the fetus.

The endocannabinoid system and fertility

The endocannabinoid system (ECS) is widely recognised in research, yet much of the understanding we have of this unique system has yet to be transferred into clinical practice. In adults, we know that the ECS has great influence over mood, immune responses, digestive function and memory processes.

This system is a part of every individual whether they’ve consumed cannabis in their lifetime or not and is comprised of two main receptors CB1  and CB2. These receptors influence body processes through the action of endocannabinoids, compounds that the body produces innately; and are influenced by exogenous cannabinoids, from botanical or synthetic sources.

Both CB1  and CB2 receptors are found in the female reproductive organs, with local endocannabinoid levels fluctuating with a woman’s cycle. When compared with normal pregnant controls, women who experienced miscarriage had high levels of the endocannabinoids. This kind of information supports theories that dysregulation in the ECS can have far-reaching effects on numerous health outcomes.

In animal research, the endocannabinoid anandamide is thought to have an impact on successful implantation in its influence over uterine receptivity. Exogenous cannabinoids are thought to interact with the ECS and have been shown to induce muscle relaxation in the fallopian tubes of mice, decreasing the motility of the fertilised egg toward the uterus.

Translational research interpreting animal investigations of the ECS in the context of human fertility has yet to be conducted, but in summary, it’s apparent there is a potential for deviations in endocannabinoid signalling to impact the uterine environment and other processes affecting fertility.

The impact of CBD and THC on pregnancy and fetal measures

There are numerous ways in which we think cannabinoids may impact pregnancy. Nutritionally folate (or the synthetic form, folic acid) is essential for human health and especially important during pregnancy. Having adequate maternal levels of folate in the lead up to pregnancy is also associated with optimal fetal development as the nutrient plays an integral role in cell differentiation, DNA and RNA synthesis.

Both CBD and THC have been investigated for their capacity to decrease uptake of folic acid in human cell lines simulating chronic cannabis use. Similar in vitro research points to cannabinoids reducing levels of other important cellular growth factors.

Given the rapid cell differentiation and development during pregnancy, the impact that medical cannabis may have on the growth and development of the fetus would need to be addressed with further research.

Physiological pathways activated by cannabis compounds that are being investigated for their potential antitumor effects by decreasing cell migration and disrupting the growth of new blood vessels are the same pathways that may pose harmful effects on pregnancy. Again these actions have yet to be correlated with pregnancy outcomes, however, are still significant enough to cause pause.

Smoking cannabis and the growing child

Smoking continues to be the primary route of ingestion of cannabis in a recreational setting. It is the process of combustion that poses the greatest concern when smoking. Combustion creates numerous toxic substances such as carbon monoxide and reactive oxygen species, which increases toxic load and requirements for antioxidants. These compounds are known to play a role in the expression of sub-fertility among couples, as well as having a negative effect on the growing child.

Risks of recreational cannabis during pregnancy

When pooling data from 31 studies, the meta-analysis showed cannabis use had negative impacts on birth weight and delivery date. However, when adjusted for the effects of alcohol, tobacco and other illicit substances, the authors found there was no statistically significant evidence of cannabis affecting birth weight, preterm delivery or size for gestational age.

The aforementioned 2020 study conducted by the University of Adelaide contradicted the above meta-analysis. It concluded cannabis use was associated with poor fetal outcomes in terms of birth length, weight, gestational age and risk of morbidity, independent of tobacco use. Fortunately for those women that ceased cannabis use during early pregnancy, there was no more risk of adverse effects.

Given the increasing belief that cannabis is a benign plant with a good safety profile, research such as this highlights the importance of having a balanced education of the risks associated with cannabis use – especially in the setting of recreational intake during pregnancy.

In relation to other complications common during pregnancy, cannabis use has not been associated with increased risk in pre-eclampsia, postpartum haemorrhage, gestational diabetes or gestational hypertension.

The ECS in the fetal brain begins to establish from 14 weeks gestation and plays a big role in the development of neuronal connectivity and signalling. In terms of pregnancy, the greatest concern is the impact of THC, the primary intoxicating cannabinoid.

Extrapolations from animal studies indicate THC readily crosses the placental barrier and has relatively slow clearance. How this primary and intoxicating cannabinoid might interact with the fetal ECS and impact development is largely unknown, what we do know is optimal fetal developmental processes exist within a tightly regulated range.

While fetal and maternal endocannabinoids are likely to play a significant role in the healthy development of the fetus, exogenous cannabinoid exposure at critical points of neurodevelopment could have a deleterious effect and should be further investigated.

Medical cannabis vs recreational, does it make a difference?

Simply put, it may be considered unethical, even if researching the impact of medical cannabis is important. Therefore our understanding is limited to extrapolations from animal studies and observational research of pregnant women using illicit cannabis – in some international cases legally accessed recreational products.

Can medical cannabis help with nausea during pregnancy?

Given the association with treating nausea with medical cannabis, it is understandable there is interest in how medical cannabis might be able to alleviate nausea during pregnancy, particularly for those women struggling with hyperemesis gravidarum.

The positive clinical outcomes observed in utilising medicinal cannabis for nausea relief is generally limited to cancer or chemotherapy-related presentations. Whether synthetic or botanically derived, it is the THC component that is largely responsible for the anti-nausea action of cannabis. Irrelevant of other concerns surrounding cannabis intake during pregnancy, the extent of negative effects of THC on the growing fetus and subsequent development of the child, is unknown and is therefore avoided in a clinical setting.

Few international physicians believe the well monitored application of CBD oil during pregnancy may be beneficial. Following the thought that endocannabinoid deficiency can lead to common pathological conditions and symptoms, there is a theory that nourishing any deficiency in the ECS with medical CBD oil may be beneficial to both mother and child.

Anecdotally women have reported CBD oil during pregnancy to decrease nausea, vomiting, hyperemesis, insomnia and pain. Despite symptoms such as these commonly being treated with medical CBD oil in other settings, most medical professionals are likely to err on the side of caution in the instance of pregnancy.

Conflicting evidence and lack of trials outside an observational setting makes it difficult to assess the direct impact of specific cannabinoids on pregnancy and fetal outcomes. However, a lack of sufficient evidence does not automatically imply that cannabis is clear for use during pregnancy medically or recreationally.

In general, any substance that impacts the delicate balance of maternal physiological processes has the capacity to impact the baby. As always, the best path forward is to seek the advice of a medical professional if you are considering medical cannabis treatment or consuming recreational cannabis both directly prior to or during pregnancy. 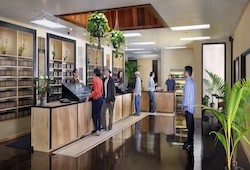 The advent of cannabis dispensaries in Australia: what do they actually dispense? 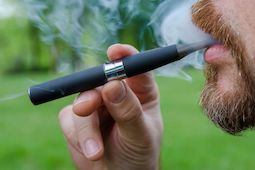