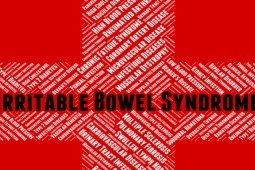 Irritable Bowel Syndrome is a painful and debilitating condition. Patients’ ability to function is impaired by the need to be near a toilet, to spend time in the toilet. They suffer with abdominal cramping, diarrhoea and constipation. Symptoms range from the uncomfortable and inconvenient to severe. Sometimes the abdominal cramping is so painful people end up at the doctor’s or the Emergency Department looking for relief.

Many patients with irritable bowel syndrome suffer years of worsening or intermittent symptoms before they get a diagnosis. If you’ve been diagnosed with Irritable Bowel Syndrome, your general practitioner or doctor probably sent you to a gastroenterologist for investigations, often including a colonoscopy (a lighted scope in the bowel). The good news is that if you’re diagnosed with Irritable Bowel Syndrome, nothing more serious (like a malignancy) has been found on your scope. But even after diagnosis, managing the condition is still a challenge. Conventional medicine doesn’t have a lot to offer some irritable bowel syndrome sufferers.

This is because some of the medications we prescribe for IBS are not suitable for long-term use and treat the symptoms rather than the disease. Loperamide, for example, which is used to stop diarrhoea, can aggravate Irritable Bowel symptoms in some people. It should only be used as prescribed by your doctor—GP or gastroenterologist.

Promising research at Monash University in Melbourne (and some small studies elsewhere) showed that a low FODMAP diet gives relief of symptoms to some clients with IBS, although large scale, randomised controlled trials are still lacking. FODMAPs are a kind of sugar found in many natural and processed foods. The diet is something you need to discuss with a dietician or an experienced General practitioner . It’s not a long-term way of eating, but a special diet to help the bowel recover and relieve symptoms of IBS. Foods with FODMAPs are then slowly reintroduced as you can tolerate them. You can find out more about the diet here.

There is also evidence that peppermint oil delivered directly to the intestine via capsules helps relieve irritable bowel syndrome symptoms.

Several patients suffering from irritable bowel syndrome have told me that smoking marijuana helped them very much to manage their symptoms. I’ve been told that abdominal cramping can be relieved by smoking a joint: this was in times before medical marijuana. It was not just my patients, either.

Now medical cannabis is becoming available, clients might have an opportunity to access the benefits of cannabinoids (the active substances in marijuana) and avoid the risks associated with smoking and using an illegal (and unregulated) substance.

From the science labs, there is evidence that THC and CBD, the active ingredients in medical marijuana, lower inflammation and regulate motility (the smooth, regular movement) of the bowel in lab rats.

A placebo-controlled study of thirty patients in the UK with Crohn’s Disease found medical cannabis and CBD oil to be an effective treatment. These effects—regulating the bowel and decreasing inflammation—might help relieve bowel symptoms, too.

The subject needs more scientific investigation. But given the fact that CBD oil based medicines are well-tolerated by most people, with few adverse effects and that there are small, diverse studies (and some people’s individual experiences) to support the idea that it might help, it’s probably worth a try. Use the guidance of your doctor and the team at an Australian medical marijuana clinic. If the FODMAP diet and the medications you are using do not keep you comfortable, medical cannabis is worth considering and might become a key part of managing your Irritable Bowel Syndrome.