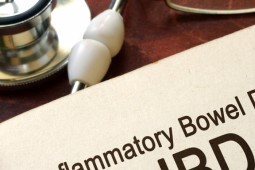 There is currently no cure for Inflammatory bowel disease . Instead, treatments, such as medicinal cannabis therapies, are concerned with treating and managing symptoms.

The marijuana plant Cannabis sativa and its active ingredients, cannabinoids, have grown increasingly popular as a potential therapy for inflammatory bowel disease (IBD).

Research into marijuana and inflammatory bowel disease is limited but has shown some promising results. Most of the research is done on animals or human tissue taken from biopsies, and is mainly concerned with the anti-inflammatory properties of some cannabinoids.

A study published in the British Journal of Pharmacology in 2010 found that using a combination of two well known cannabinoids, Tetrahydrocannabinol (THC ) and cannabidiol (CBD) together, reduced inflammation in a rat model of colitis(1). Another study published in 2011 (2), showed that CBD in cannabis worked to effectively reduce inflammation on biopsy tissue taken from patients with ulcerative colitis. CBD oil was effective both on tissue taken from patients during remission and during the active phases of the disease.

In addition, an observational study conducted by researchers from the Meir Medical Center in Israel found that the use of medicinal cannabis helped patients with Crohn’s disease manage their symptoms (3).  This research group are currently conducting randomised controlled trials in order to gain reliable information about safety, dosage and effects of medical cannabis for the treatment of Inflammatory bowel disease  (4).

This research certainly looks promising and as medicinal cannabis laws change around the world, it will become easier for scientists to investigate medicinal cannabis further and come to solid conclusions about its role as a treatment for Inflammatory bowel disease .