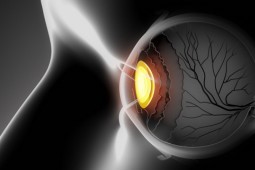 Glaucoma and Treatment with Medical Cannabis

Glaucoma is a condition of the eye in which the optic nerve becomes damaged over time, reducing side vision.  This nerve has over a million wires and it acts in a similar way to an electric cable. The optic nerve is responsible for transporting images from the eye to the brain. One cause of optic nerve damage in glaucoma is higher than normal pressure within the eye called intraocular pressure or “IOP”.  Glaucoma can lead to blindness if left untreated.

The use of cannabis has been around for thousands of years. There are over 80 compounds known  as ‘cannabinoids’ that can be extracted from the cannabis plant (Cannabis sativa) some of which have been shown to provide medical benefits for individuals.

As a result of this research, additional studies were conducted (2-5).  The summary of this research found that when cannabis is smoked or when a form of the active ingredients (known as cannabinoids) are taken as a pill or by topical application, it does lower IOP. However, it only lowers IOP for a short period of time—about three or four hours. This effect is too brief to be of therapeutic benefit at present as glaucoma needs to be treated 24 hours a day and patients would need to consume a lot of cannabis in its current form to achieve consistently lower IOP levels. However, ophthalmologists have indicated that medical marijuana could help alleviate end stage pain and nausea which are the accompanying  symptoms of patients with late stage glaucoma.

Cannabinoids do appear to have the potential of becoming a useful treatment for glaucoma, as they have been shown to reduce intraocular pressure and seem to have neuroprotective properties  (5). However, more in depth research with larger number of individuals is required to develop cannabinoid cbd derived medications that are safe and effective to treat glaucoma.