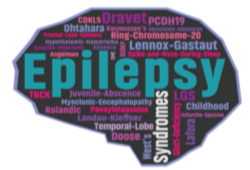 The potential effects of cannabis medicines on epilepsy symptoms has been thrown into the limelight in recent years after numerous anecdotes emerging from around the globe. Viral reports of children with intractable epilepsy showing dramatic improvement when taking cannabinoid medicines (CBD oil and THC) have encouraged further research into whether medical cannabis oil does indeed scientifically prove to have anti-convulsant or anti-epileptic effects, in both children and adults.

In 2013 the story of Charlotte Figi went viral after her parents shared Charlotte’s success in using a high CBD, hemp-based formulation. Charlotte went from having 300 grand-mal seizures per week, to around 2-3 per month. Her cognitive and developmental milestones have been up-trending steadily since then.

More recently Billy Caldwell of the UK was the first person to be prescribed medicinal cannabis for his severe epilepsy since 1971 when it was outlawed. For many patients, legal hoops and barriers still stand in place of consistent and easeful access to treatment. Yet, these cases, as well as others such as Ava Barry and Leni Young have sparked a compassionate streak in researchers and politicians alike, instigating unprecedented special access opportunities and reclassification of cannabis regulations in a number of countries and states of the USA.

Such rapid changes in laws would have been unlikely to occur in any other context. With the suffering of the youngest and most vulnerable in our societies, governments and scientists around the world are making efforts to accelerate regulatory changes and encourage clinical trials.

Many have raised concerns regarding the THC content of medical cannabis treatments for epilepsy as well as potential long-term effects, especially regarding treating children. Such apprehensions are being addressed by researchers through thorough documentation of adverse reactions and by conducting trials and follow-up of extended periods of time.

Preclinical mechanistic studies largely confirm CBD oil is the major compound that contributes to the efficacy in treating drug-resistant epilepsy. Animal models show promising results in protecting the brain from induced seizures and have anti-convulsant action, reducing the frequency and severity of seizures. Human trials have shown varied success rates, yet across the board, significant changes in seizure frequency and quality of life scores have been documented.

Seizure Frequency Can Be Affected By Medicinal Cannabis

Randomised controlled trials have shown between 40-65% of patients were responding with greater than 50% seizure reduction. Across a number of trials, a smaller percentage of participants reported 50-90% seizure reductions, with some studies also reporting numerous seizure-free days.

Any reduction in seizures is welcome news and when assessed in relation to positive changes in quality of life measures, both aspects increase in significance. Meaningful, if not statistically significant, changes in physical activity, cognition, mood, social skills and speech have been noted by caretakers in epilepsy specific quality-of-life questionnaires.

While some trials haven’t shown such glowing outcomes and highlight the need for more controlled studies of the therapeutic efficacy of medicinal cannabis, adverse effects have included somnolence, diarrhea and appetite loss. In light of negative side effects from current pharmaceutical treatment, most researchers and caregivers consider the adverse effects of medical cannabis treatment to be manageable.

Evidence also suggests that mediation of the endocannabinoid system has strong promise in increasing positive treatment outcomes however, the mechanisms behind this have not yet been fully elucidated.

Cannabis and Epilepsy in Australia

Epilepsy is one of the few indications that the Australian government provides specific guidance for, in relation to treating with medical cannabis.  In May 2021, a drug called Epidyolex was added to the Pharmaceutical Benefits Scheme (PBS) list, as recommended by their Advisory Committee for the treatment of Dravet syndrome. Dravet syndrome is a rare and severe form of epilepsy that affects children in the first year of life and is resistant to traditional therapies. The listing of Epidyolex is the first time in Australia’s history that a medicinal cannabis product became subsidised by the PBS. The listing is estimated to benefit 116 epilepsy patients every year in Australia.

Applied Cannabis Research, along with MGC Pharmaceuticals, last year announced the impending commencement of investigations into MGC’s CannEpil. This trial has been given ethics approval and will investigate the efficacy of the CannEpil compared with a 100% CBD formulation.

Read more about how ACR and CA Clinics will be involved in this exciting research, as well as an endorsement from one of Australia’s leading advocacy bodies for epilepsy, Epilepsy Action Australia.

Some media reports have labelled medical cannabis as a panacea for a wide range of indications. It should not be mistaken, medical cannabis is definitely not a cure-all however, it may offer prospective options for conditions with otherwise difficult symptoms to treat.