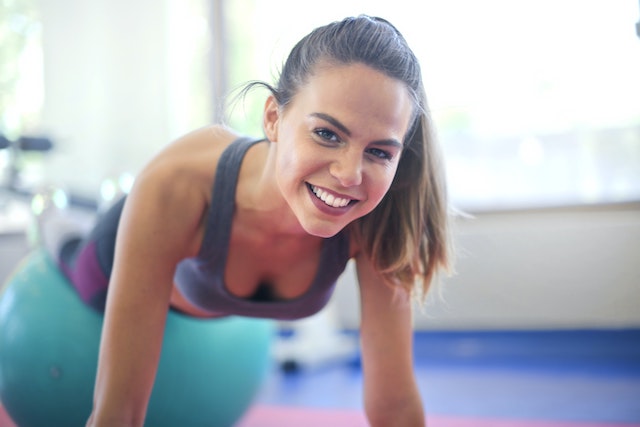 You may be surprised to know the first recorded use for medicinal cannabis for women’s health concerns dates back to ancient Egypt, where cannabis prepared with honey was applied internally to ‘cool the uterus’, likely for labour pains and other gynecological concerns.

Nowadays investigations into the effects of medical cannabis on women’s health conditions are on the rise, with medicinal cannabis treatments increasingly being applied via tampons and pessaries.

Medicinal cannabis is subject to changing perceptions, much like women’s health

Conditions of the female reproductive system have only recently been explored with greater attention, for millennia women’s health conditions didn’t rank highly in the fields of medicine or society. Between patriarchal culture and religion, afflictions experienced by women have long been minimised, disregarded or labelled of psychological origin and dismissed.

This stigmatisation and disbelief of women’s health concerns have culminated in innumerable difficulties accessing compassionate healthcare professionals and effective therapeutic treatment. Lack of research, pervasive myths and long-held beliefs systems have resulted in female-bodied individuals at large believing that period pain, menstrual cycle irregularities and other signs of PMS to be a part normal of life as a menstruating human.

The anachronism that is hysteria

To illustrate this point let’s take the example of hysteria, a condition no longer recognised in the medical community. The root of this word comes from the Greek word hystera, meaning uterus. Defective or ‘wandering wombs’ was said to be the cause of hysterical behaviours.

The diagnosis of hysteria fell into disuse by the 1950s but wasn’t removed from DSM until 1980, it was considered a feminine disease with a huge range of potential symptoms; from irritability and capriciousness to fainting and anxiety. In some instances, the prescribed treatment was a hysterectomy, with the belief that by removing the uterus the hysteria would dissipate.

Now, it seems preposterous to consider that hysteria was believed to be a legitimate disease from as early as the 5th century and commonly accepted until the mid-1900s. Through this example, we can observe how medical conditions associated with women may have origins not always grounded in scientific fact. Fortunately, the medical profession’s reliance on such out of date views of women’s health is changing.

As the scientific community uncover more information on how female bodies experience and manifest disease, medical professionals are beginning to treat women’s health concerns with greater curiosity and an evidenced-based approach, and are exploring alternative treatments such as medical cannabis. This is particularly important when you consider some stats from Beyond Blue and Pain Australia:

Medical cannabis is a treatment option for anxiety, chronic pain and mental health.

There are numerous conditions that affect female bodies which may be helped by medicinal cannabis. Particularly conditions concerning the female reproductive system have been of interest including endometriosis, polycystic ovarian syndrome (PCOS) and premenstrual syndrome (PMS).

Women are also known to experience autoimmune disorders at a higher rate than men. Autoimmune disorders are characterised by misdirected attacks by the immune system towards organs or structures it is intended to protect. Medical cannabis has been explored with some success in autoimmune conditions such as Multiple Sclerosis, Inflammatory Bowel Diseases, Rheumatoid arthritis and others.

The Endocannabinoid System in women

The endocannabinoid system (ECS) is a relatively newly discovered body system with essential influence over all the major body systems including our digestion, immunity and reproductive systems. It is comprised of receptors (CB1  and CB2) and innately produced cannabinoids (endocannabinoids).

CB1  and CB2 receptors are found in the uterus, ovaries and fallopian tubes, activation of these receptors by endocannabinoids (that fluctuate with hormonal cycles) are thought to have influence over fallopian tube motility, oocyte maturation, pain signalling, uterine receptivity and contractility.

Knowing of the presence of the ECS in female repro organs is only the beginning, researchers have recently postulated that dysregulation in the ECS may contribute to subfertility, ectopic pregnancy and the pathogenesis of conditions such as endometriosis.

The case for medical cannabis and endometriosis

Endometriosis is an often debilitating condition experienced by 1 in 10 women in Australia. In this condition endometrial tissue is found outside of the uterus, where it reacts to menstrual rhythms creating debris, lesions and even adhesions to other abdominal structures.

Symptoms can include, but aren’t limited to; subfertility, dysmenorrhea, heavy or irregular bleeding and abdominal pain.

Anecdotally endometriosis patients have had success in managing symptoms with medicinal cannabis and recent research is beginning to support its use. In a 2010 study, 14 women had biopsies removing ectopic endometrial cells, when targeting ECS components a decrease in inflammatory factors and cell proliferation was observed, two key factors in the endometriosis presentation.

PCOS is experienced by some 10% of women, with its dominant features being insulin resistance and hyperandrogenism. Women with PCOS have been observed to have lower levels of FAAH, an enzyme responsible for degrading the endocannabinoid anandamide.

Researchers have shown when compared to controls, PCOS patients exhibit low FAAH, possibly combined with high anandamide which is correlated with insulin resistance measures. Again similar to endometriosis, PCOS causes and sustaining factors may have roots in ECS dysfunction.

The application of medical cannabis in premenstrual syndrome (PMS) and premenstrual dysphoric disorder (PMDD) is still lacking in specific clinical trials. Though it doesn’t take much of a stretch to see why it could be helpful.

PMS and the more severe PMDD both vary in their presentation depending on the individual. Yet common symptoms where medical cannabis may be of benefit include; pain, muscle spasm, anxiety and insomnia. There is a growing body of research for medical cannabis and CBD oil in the treatment of various kinds of pain.

CBD oil may prove to have special significance for PMS and PMDD sufferers. CBD acts via the same biochemical pathways as NSAIDs like ibuprofen. Fortunately, unlike NSAIDs, CBD oil lacks the negative side effects on the gastrointestinal tract associated with NSAIDs.

Combined with anti-spasmodic qualities of various cannabinoids including THC, medical cannabis has the potential to alleviate these two symptoms.  Given how prevalent over-the-counter pain relief is for women experiencing period pain, inflammation and mood disturbances, medical cannabis or CBD oil offer potentially promising and safe alternatives when prescribed by a healthcare professional.

While there is little quality research specific to medical cannabis and menopause, symptoms associated with menopause have been studied in other settings. Pain, insomnia, aching joints and mood disturbances are common manifestations of menopause.

Medical cannabis and CBD oil have been investigated individually for each of these symptoms. Particularly CBD may be helpful in managing pain and sleep disturbances, which could have flow-on effects for quality of life. Additionally, as estrogen levels decline with the onset of menopause women are prone to developing osteoporosis. There is preclinical research indicating medicinal cannabis may reduce the progression of osteoporosis.

Medical cannabis is unique in the fact it can be delivered via so many different methods. Most commonly oil extractions are ingested orally or sublingually for medicinal purposes. Yet there are dozens of other options including wafers, patches, topical creams, eye drops and you guessed it, tampons.

While not widely available, cannabis-infused tampons utilise the same benefits as sublingual application, where medical cannabis is absorbed through the mucous membranes directly to the bloodstream. This bypasses metabolism by the liver allowing for higher bioavailability.

Pessaries and suppositories are two other options where medical cannabis is extracted into a lipid that is solid at room temperature, usually coconut oil or cocoa butter, and inserted for local action and therapeutic effect.

Unlike oral medical cannabis products, cannabis-infused tampons or pessaries offer direct, local action where it is needed most. Cannabinoids have anti-inflammatory, antispasmodic, and analgesic action, so it’s no surprise to her women’s stories of reductions in period pain, back pain and gastrointestinal discomfort when using medical cannabis pessaries or tampons.

International adult-use markets have been exploring the use of cannabis tampons, pessaries and topical for concerns that have not yet been investigated by the scientific community.

Vaginismus is the involuntary and often painful spasm or contraction of the muscles of the vaginal wall. Women experiencing vaginismus and others who suffer from dyspareunia (pain with sexual intercourse) have reported the local application of CBD oil or cannabinoid formulations to be effective in relieving pain and spasm.

The other side of the coin: more medicinal cannabis research needed

Despite plenty of anecdotes and a growing body of research supporting medical cannabis in a range of female-related medical conditions there is still much we don’t understand and concerns to be aware of.

THC has the potential to disrupt regulatory processes and hormones that maintain healthy menstrual cycles. A small human trial (n=8) from 1986 gave an acute dose of inhaled cannabis which suppressed luteinising hormone, in part responsible for ovulation.

Human trials of a similar nature have not been conducted since the 1980s, yet when this information is combined with research from monkeys, who have very similar reproductive cycles to humans, there are concerns that suppression of luteinising hormone may result in reduced chances of implantation and maintenance of early pregnancy.

As is the case with any medical cannabis prescription, the focus is personalised medicine individual to the patient’s needs. Although medical cannabis is often labelled “safe” as it is a naturally derived product, cannabinoids like CBD and THC have potent physiological actions and thus should be considered as pharmaceutical medicine and administered by a medical professional.

Your body deserves your attention

Despite a lack of extensive human clinical trials into medical cannabis for medical conditions experienced by women and female-bodied individuals, there is foundational evidence supporting the continued investigation into cannabinoid medicines containing CBD oil or THC for conditions like endometriosis, PCOS, PMS, PMDD and more.

If you suffer from any of these conditions it’s important to know that pain is not normal, seek out a compassionate and curious medical professional willing to investigate the source of your symptoms and explore treatment options best suited to you.

While we shouldn’t expect medical cannabis-infused tampons on Australian shelves just yet, the possibilities for medical cannabis to benefit women’s health concerns are just beginning to be uncovered.

Medicinal cannabis a history brief How long have humans been using cannabis? For over 10,000 years. Across their rich and ancient history, plants of the cannabis 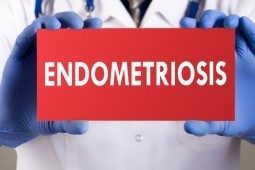