How will Medical Cannabis Interact with my Other Meds? 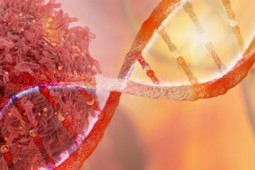 Cancer is the number one cause of disease-related disability in Australia. Eight kinds of cancer are in the top twenty causes of death in Australia. It consumes people’s lives, causing untold suffering and grief. I would love to tell you that medicinal cannabis can cure cancer, but we have no solid scientific evidence that it does.

The disease we call cancer is actually a group of hundreds of diseases. All cancers have in common that they involve the uncontrolled and harmful proliferation (abundant growth) of cells in the wrong place in the body. Somehow these cells are able to evade the body’s immune system, which would normally kill them. Faulty cells normally kill themselves, too, and cancer cells have some way of avoiding cell death. There is an ongoing search for understanding of how this happens in the body afflicted by cancer. Other researchers continue to look for ways to kill or inhibit cancer cells once they have formed—that is, they look for medicines to help rid the body of cancer.

Researchers have made great advances in cancer prevention in the past fifty years or so. They have been able to confirm unambiguously that some cancers are caused by exposure to occupational chemicals and substances: like mesothelioma—caused by exposure to asbestos—or lung cancer, usually caused by exposure to cigarette smoke. Sometimes, applying this hard-won knowledge in the real world is a challenge. Look at the struggle to stop cigarette companies promoting their deadly products.Cancer of the respiratory system (the lungs and trachea or windpipe) remains one of the top five killers in Australia. And bowel cancers, for which we know several means of prevention, is number six.

Similarly, great advances have been made in treatment, surgical and medical, of some cancers. Some cancers which were previously almost universally fatal are now almost always curable. Thyroid cancer and testicular cancer are good examples.

Because we know that there are substances in fruit and vegetables that are likely to be protective against cancer, some people think that medical marijuana, because it is made from a herb, might help prevent or cure cancer, too. We have no firm evidence to support this idea. In fact, as you would expect, smoking marijuana can cause cancer through inhaling carcinogenic (cancer causing) substances.

The NSW Cancer Council suggests that medical marijuana, taken by a non-smoking method, can be useful for the relief of symptoms of cancer and cancer treatment. Cannabis plays a role for some patients in managing chronic cancer pain and nausea.

There is no evidence from controlled studies that shows cannabinoids can reduce tumour size or slow tumour growth.

Some anti-tumour effects have been shown in animal studies. Researchers had inconclusive results injecting CBD (a cannabinoid, one of the active ingredients in medical marijuana) into tumours in patients with terminal brain cancer. They plan to continue research.

Pancreatic tumour cells in a glass dish (called ‘in vitro’) and in mice have shown slowed growth, reportedly with increased break up (‘apoptosis’) of the cancer cells.

These results are encouraging, but still a long way from the gold standard for research that doctors consider proof.

Another study has shown that apoptosis could be induced in colon cancer cells in mice by a different (less often used) cannabinoid. We have so much more to learn.

Some early research into the effect of cannabinoids on cancer cells shows promise, but the test tube isn’t the same as a human body and a rat’s induced cancer is different in significant ways to cancer in a human. Marijuana, medical or otherwise, is no substitute for cancer prevention or treatments which have strong scientific evidence for their effectiveness.