PTSD and medical cannabis, what is all the hype about? 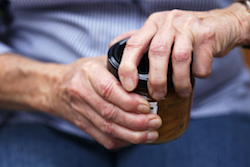 Medicinal cannabis as a treatment for painful arthritis

Medicinal Cannabis Australia » australia-medicinal-cannabis-news » Arthritis » Medicinal cannabis as a treatment for painful arthritis – where do we stand?

Medicinal cannabis as a treatment for painful arthritis - where do we stand?

Everyone knows someone affected by arthritis, this is unsurprising considering it’s one of the world’s most commonly experienced conditions.

Around one in every seven Aussies experiences arthritis in their lifetime. With such a high prevalence in the population, the appetite for medical cannabis as a treatment option for this progressive and painful condition is not unexpected.

There are two primary kinds of arthritis, osteoarthritis and rheumatoid arthritis. Osteoarthritis is far more common, mechanical deterioration of the cartilage surrounding joints leads to increased inflammation and pain. Many will recognise an arthritis sufferer for the characteristic bony bumps that can be seen on the fingers. While for some these are relatively painless, for others the distortion of finger anatomy and extra growths can be incredibly debilitating.

Unlike its arthropathy sibling, rheumatoid arthritis is associated with an autoimmune response. The cause of this is still widely speculated however, known risk factors include infection, smoking or trauma. As the body’s immune system attacks the fluid that lubricates joints, pain, stiffness and swelling are common. The joint inflammation leads to the degradation of the cartilage and eventually erosion of bone.

While it’s easy to associate arthritis as a condition that only affects the elderly, rheumatoid arthritis can begin in youth. Other arthritic conditions that aren’t always aligned with increasing birthdays include juvenile-onset arthritis and ankylosing spondylitis, which can begin as early as adolescence.

Medical cannabis and arthritis: what does the evidence say?

As of yet, few gold-standard human clinical trials have been conducted in relation to medical cannabis specifically for arthritis. Much of the association of medical cannabis with arthritis has come from patient-reported survey research, even though patients report consistent positive outcomes, such information is highly subjective.

Despite this, one randomised placebo-controlled trial with 58 patients did show significant improvements in pain scores for rheumatoid arthritis sufferers over a five-week period.

More broadly the potential for using cannabinoids for their anti-inflammatory properties is being extrapolated to advise arthritis treatments. Key drivers in the genesis of arthritis are inflammatory factors and messengers, and medical cannabis is being researched for its potential to positively influence symptoms and disease progression by decreasing these chemical drivers.

Pain is prominent in the symptom picture for arthritic conditions, and a big part of the interest in medical cannabis for arthritis is its impact on pain scores across a variety of conditions. Both THC and CBD (together and separately) have been investigated for their ability to relieve pain. Further human research and dosing studies are required to have a better understanding of what cannabinoid formulations will best benefit arthritic pain.

Non-steroidal anti-inflammatories are common prescriptions for pain, and as CBD oil is thought to inhibit pain along the same pathways as these standard medications, it places CBD  oil as an interesting comparable treatment. Unlike CBD, the effects of THC on pain are attributed to its interaction with the endocannabinoid system. Another potential target for arthritis treatments.

The role of the endocannabinoid system in treating arthritis

The last 20 years has uncovered plenty of evidence acknowledging the importance of the endocannabinoid system (ECS) in human health. This system is comprised of cannabinoid receptors and endocannabinoids (cannabis-like products the body innately produces) that have influence over our circadian rhythm, appetite, mood, pain signalling and much more.

Cannabinoid receptors are expressed prominently in the central nervous system and in cells and organs of the immune system. Locations of these receptors coincide with key features of the pathology and presentation of arthritis. The way in which the ECS interacts with the immune system (influencing inflammation) and nervous system (impacting pain processes) strongly implicates the ECS as a target to treat arthritis.

Animal studies are far ahead of human trials and have shown a strong basis for the continued exploration of the ECS as a treatment option. In rats, CBD was shown to decrease inflammation, as well as decrease the firing of pain neurons and pain-related behaviours in advanced osteoarthritis models. When initiating treatment at the onset of osteoarthritis, CBD oil blocked inflammation and pain and prevented nerve damage.

While rat studies may sound rather dull, this is some of the first evidence clearly showing CBD’s anti-inflammatory and pain-relieving properties in a specific osteoarthritis model.

Current treatment for arthritis involves non-steroidal anti-inflammatories and paracetamol, and where these over-the-counter options do not provide adequate relief, opioids are often prescribed.

Given the recent surge in interest in medical cannabis for its opioid-sparing effects and the fact that up to 60% of arthritis patients are unsatisfied with the pain-relief they are currently being offered, it seems clear medical cannabis could offer a comparable treatment option, but needs more research to validate this potential.

Will medical cannabis help my arthritis?

The suitability for using medical cannabis to treat any condition must be assessed by a health professional. In terms of arthritis, CA Clinics has seen numerous patients trying to combat the symptoms of their arthritis. If you’re a doctor with a patient for whom medical cannabis could help, you can call us on 1300 991 477 or book a screening appointment here. 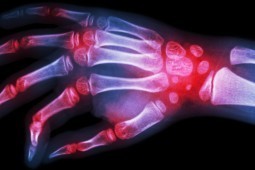