Got insomnia? Medical Cannabis could be an option 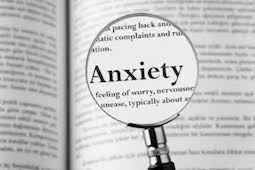 Anxiety and mood disorders are being experienced with increasing prevalence around the globe. In Australia, approximately 1 in 4 experience anxiety, and that percentage increases a great deal when accounting for other mood disorders like depression and PTSD.

You’ve likely heard mixed reports about medical cannabis’ effects for anxiety: clinical research can be confusing at the best of times and when it comes to cannabis and anxiety, conflicting research abounds.

So what research stands at the core of the argument for treating anxiety with medical cannabis and why is it such a contentious topic?

In terms of treating anxiety, for some people THC can instigate feelings of anxiety, but research has shown CBD can also mitigate THC-induced anxiety.

In human trials, CBD has shown to reduce subjective anxiety in cannabis-naive patients with Social Anxiety Disorder (SAD). Trials such as this, as with much of the research into anxiety and cannabis, have small patient populations.

However, in the case of this study and some others, evidence may be held in high regard as it is one of the few that have been conducted with high-quality research methods (double-blind, placebo-controlled, crossover trial).

In experimental models, subjects with SAD were put in a simulated public speaking scenario. Participants who had been given a 600mg dose of CBD prior to speaking showed significantly reduced anxiety, cognitive impairment and discomfort when compared with the placebo group.

Furthermore, CBD has been shown to increase memory extinction in relation to fear-based memories. While this will certainly be helpful for those experiencing anxiety, the potential this discovery has for PTSD patients is major. For those with PTSD, the brain’s natural mechanism that allows fear-inducing memories to fade or become less potent is impaired. In aiding this organic process of memory extinction, CBD holds promise.

Understanding how cannabinoids interact with specific receptor and regions in the brain is beginning to be elucidated in animals, with implications for humans as well. CBD oil, in particular, has been shown to have anxiolytic effects when targeted towards areas of the prelimbic cortex that controls responses to anxiety and fears. It’s also thought to react with specific GABA and serotonin receptors, that mediate the response of our nervous system to anxiety and stress.

When reviewed together, trials and studies showing CBD’s action on the brain in both animals and humans gives us a well-rounded idea of the types of symptoms that can be addressed, and in what regions of the brain CBD’s action is being mediated.

The degree to which the media reports on cannabis medicines is astounding compared to times past. When it comes to the treatment of anxiety, reports of cannabis’ lack of efficacy catch attention more widely than its positive effects. While this may be a lingering reflection of stigmatization, there are enough studies suggesting that more exploration is warranted.

Periodically, studies are released showing largely inconclusive results or little impact on measured outcomes for anxiety. So how is it there is so much conflicting research in this area?

We just don’t know enough, yet. With contradictory research comes difficulty in obtaining support and financial backing for trials into anxiety. Fortunately, Australia has taken interest and there are currently multiple trials (some begun and others in for approval) across the country. Research into how CBD oil , augmented with Cognitive Behavioural Therapy is being investigated, as well as in the treatment of PTSD.

Further inquiry into cannabinoids’ anxiolytic properties is called for in many regards, among them the importance of dose and terpenes.

The importance of dosing studies cannot be overlooked in cannabis research as a whole, and particularly when regarding anxiety. Our understanding that THC can moderate anxiety in a dose-dependent manner and that CBD is better effective with careful consideration of the quantity and timing with which it is taken should underpin future dosing trials.

Terpenes take their well-warranted place in the spotlight when it comes to anxiety. These are compounds that emanate scent from all plants, including cannabis. They have widely regarded medicinal benefits in their own rights, with some also interacting with the Endocannabinoid System.

Terpenes such as Limonene and Linalool (expressed commonly in citruses and lavender, respectively) have been shown to decrease anxiety and depression. Further research into the interplay of terpenes and cannabinoids in treating mood disorders will be of interest to clinicians and patients alike.

Lastly, further investigation into the mechanisms by which cannabinoids act in the brain to reduce anxiety is of supreme importance. With hopes that by understanding how cannabinoids interact with the anxious brain, we may discover further information about the biological mechanism of anxiety and therefore more creative treatment plans.

Over the past decade interest in cannabis as an anxiolytic properties has exploded into mainstream headlines. While cannabis is an ancient medicine used in traditional practises for thousands of years, its modern application has huge potential for conditions pertaining to this century.